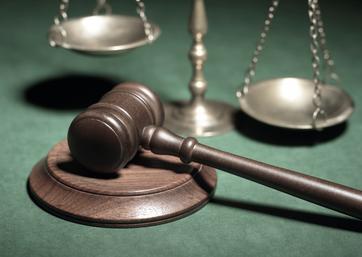 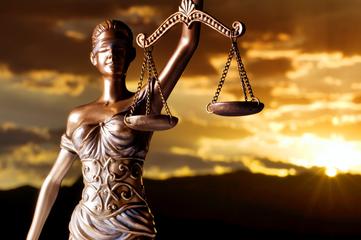 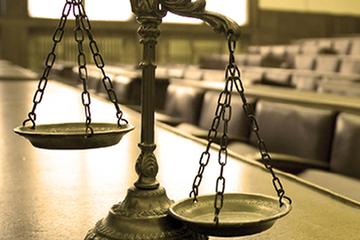 Hermes Law Group © 2010-2018  All Rights ReservedThis website is designed for general informational purposes only.  The materials and information presented in this website should not be construed to be formal legal advice nor the formation of an attorney-client relationship.  Communication of information by, in, to or through this website and/or your receipt and/or use of it (1) is not being provided to you in the course of and does not create nor constitute an attorney-client relationship, (2) is not intended as a solicitation, (3) is not intended to convey and/or constitute legal advice, and (4) is not a substitute for obtaining legal advice from a qualified attorney.

WHAT ARE THE GROUNDS FOR A DISSOLUTION OF MARRIAGE?

California was the first state to implement the “No-Fault Divorce” concept.  In California, a dissolution of marriage can be granted if the Court finds there to be “irreconcilable differences” that have caused an irreparable breakdown of the marriage.  Therefore, as long as one spouse disagrees.  In effect, this simply means that a married person who wants to end the marriage can do so, even if the other spouse wants to stay together.

This also means that you won’t necessarily get a better result from your divorce because your spouse abused you, defrauded you or cheated on you.   However, these and other acts of misconduct may be considered by the Courts in various circumstances.  For example, the law regarding spousal support was recently revised to include a provision that spousal support abuse shall be a factor considered in determining the appropriate amount of spousal support to be paid.

CAN I FILE FOR A DISSOLUTION OF MARRIAGE?

In order to be able to file for a dissolution of marriage (i.e. divorce in the State of California), one of the spouses has been a resident of this state for six (6) months and of the county in which the proceeding is filed for three (3) months next preceding the filing of the petition.  (California Family Code §2320)

AFTER THE DISSOLUTION CASE IS FILED, HOW LONG DOES IT TAKE TO GET THE MARITAL STATUS TERMINATED?

No judgment of dissolution is final for the purpose of terminating the marital status of the parties until six (6) months have expired from the date of service of a copy of summons and petition or the date of appearance of the respondent, whichever occurs first.  (California Family Code §2339 (a))

WHAT IS THE PROCEDURE FOR GETTING A DISSOLUTION OF MARRIAGE?

A typical dissolution of marriage requires the following steps:

The Summons and Petition for Dissolution (Family Law) is filed and personally served on the Respondent.  The Respondent then has thirty days to file a Response (Family Law).

One of the parties to the dissolution will usually request temporary court orders by filing for an RFO to Show Cause hearing. At this hearing, the judge will make temporary child custody, support and restraining orders (as appropriate).

The parties may then engage in discovery, which is the process by which parties to the dissolution exchange information and documents that are relevant to the case. One of the required aspects of discovery is the preparation of the Preliminary Declaration of Disclosure. This is a court form in which each party lists their community and separate property. As part of this disclosure, the parties are also required to exchange current Income and Expense Declarations. Other forms of discovery include interrogatories (written questions) and depositions (oral examination under penalty of perjury).

After the discovery is completed, the parties and their attorneys (if they are represented by an attorney) may discuss settlement of the case.  If the case is resolved by settlement/agreement, one of the attorneys will prepare a Marital Settlement Agreement or Stipulated Judgment, which will contain all of the terms of the parties' agreement.  This is a contract that is signed by both spouses and their attorneys.

If the parties are not able to agree on all of the issues in the case, a trial will take place on some or all issues. If the parties sign a Marital Settlement Agreement, one of the attorneys will then prepare a Stipulated Judgment that contains all of the terms of the Marital Settlement Agreement to be signed by the judge. If the parties go to trial, once the trial has concluded, one of the attorneys will prepare a Judgment of Dissolution of Marriage. The Judgment will contain all of the court’s orders. The Judgment will then be filed and signed by the judge, and the court will mail a Notice of Entry of Judgment to each attorney.

CAN I GET TEMPORARY SPOUSAL SUPPORT WHILE OUR DISSOLUTION CASE IS PENDING?

Spousal support is often awarded at a hearing (following the filing of a Request for Order) on a temporary basis, where one spouse is unemployed or earning significantly less than the other spouse.  The Superior Court of California, for the Counties of Los Angeles and Orange, have adopted the Santa Clara County guidelines for temporary (a.k.a. pendente lite) spousal support.  This guideline provides that the higher earning spouse’s spousal support is to be 40% of his/her net monthly income, reduced by one-half (½) of the other spouse’s net monthly income.

IF I AM NOT WORKING RIGHT NOW, AT THE INITIAL HEARING ON A REQUEST FOR ORDER, WILL I BE REQUIRED TO FIND A JOB IMMEDIATELY?

At the Request for Order hearing, the Judge is normally not concerned about the employability of either party.  Instead, at this stage, the Judge merely wants to preserve the status quo and provide the lower income earning spouse with sufficient support for her/his basic needs, consistent with the parties’ marital lifestyle.

HOW DOES A JUDGE DETERMINE SPOUSAL SUPPORT?

At the trial of the dissolution, the California Family Code provides the Judge with a long list of factors that are to be considered in determining the amount and duration of spousal support.  This list includes such factors as the duration of the marriage, the parties’ prior living standard, the extent to which the supported spouse contributed to the attainment of an education or professional license by the other spouse, the presence of young children in the home, and the employment status of both parties.

HOW LONG WILL MY SPOUSAL SUPPORT LAST?

In general, where the marriage has lasted more than ten (10) years, the Court will, at the very least, require a “reservation of jurisdiction”.  This means that, even if there is no current Order for spousal support, the requesting party may be permitted to come back to Court at a later date to request spousal support, should the need arise.

IS THE SPOUSAL SUPPORT I AM PAYING TAX DEDUCTIBLE?

The Internal Revenue Code provides that all spousal support payments are tax deductible by the paying spouse and taxable to the recipient spouse as “ordinary income”.   (26 U.S. Code § 71)

CAN I GET MEDICAL INSURANCE BENEFITS THROUGH MY SPOUSE’S EMPLOYER AFTER THE DISSOLUTION OF MARRIAGE?

Under Federal Law, you might be entitled to keep your medical insurance benefits under your former spouse’s group plan.  The Consolidated Omnibus Budget Reconciliation Act of 1985 created what are commonly known as “COBRA” benefits, which are available to the former spouses of people who work for certain employers.

In general, this law provides that employers must offer “continuation coverage” for the first three (3) years after the termination of the marriage.  The law further provides that the employer can charge the former spouse for this coverage, but the charge cannot be more than 2% greater than what is charged to employees.  After three (3) years have ended, the law states that the employer must offer a former spouse the right to purchase “conversion coverage”, but there are no limits on how much the employer can charge for this coverage.

CAN I GET JOINT CUSTODY OF MY CHILDREN?

California has a “joint custody” law that encourages Judges to award joint legal custody to parents.  This means that both parents have a right to make decisions concerning their children, such as decisions concerning education, medical treatment and religious training.

It is common for the non-custodial parent to have specified periods of time consisting of alternating weekends, one (1) or two (2) evenings per week night and one-half (½) of the children’s vacations.  In some cases, the parents agree to reasonable secondary physical custody or visitation rights, which means that the parents agree on the times when the non-custodial parent will have the children in their custody and care.

IF I HAVE CUSTODY OF OUR CHILDREN, CAN I RELOCATE WITH THEM TO ANOTHER METROPOLITAN AREA?

In some cases, a Judge will issue Orders preventing either parent from changing the residence of the children from a specified geographical area.  Locally, it is not uncommon for a Judge to restrain the parents from removing the children from their residence, from what are referred to as the “seven Southern California counties”.  Such orders are common where both parents have a considerable amount of time with the children and removing them from the metropolitan area would be disruptive to the children and their development.

Over the last ten years, courts in California have been dealing with the right of a custodial parent to move with the children to another metropolitan area or out of state. The California State Supreme Court recently decided a case that helped deal with this controversy. Under the new rule, the custodial parent generally has the right to decide where the children are to live, as long as he/she is not moving simply to deny the other parent access to the children. The court's will also implement a “best interest of the child” standard to determine whether a party sharing custody can move away to another State or geographic location.

HOW IS CHILD SUPPORT DETERMINED?

The Statewide Uniform Guideline's mathematical formula that considers both parent’s respective income and the amount of time each parent spends with the children (known as timeshare).

There is a possible exception to the Guideline support number in cases involving extraordinarily high income earners.

HOW LONG IS CHILD SUPPORT SUPPOSED TO BE PAID?

Presently the law does not give Judges the power to make a parent support a child beyond the age of 19, unless the child is physically or mentally disabled.  However, the parents can agree that Child Support is to continue into the college years.  Such an agreement will be enforced by the Family Law Court.

HOW IS CHILD SUPPORT SUPPOSED TO BE PAID?

Unless the custodial parent agrees otherwise, all Child Support is to be paid by a wage assignment.  This means that the Child Support payments are to be deducted from the wages of the parent who is obligated to pay Child Support.

WHAT IS COMMUNITY PROPERTY?

WHAT IS SEPARATE PROPERTY?

HOW IS THE COMMUNITY PROPERTY DIVIDED?

HOW DO COURTS HANDLE THE FAMILY RESIDENCE?

When minor children are involved, it is common for the custodial parent to be allowed to live in the residence with the children for a specified period of time after the dissolution of marriage is finalized. During that period of time, the spouse who lives in the home is usually required to make all mortgage, property tax and homeowner insurance payments when due.  When there are no minor children living at the property, or when the youngest child attains the age of majority, the family residence is usually ordered to be sold.

HOW DO THE COURTS HANDLE EDUCATIONAL DEGREES AND PROFESSIONAL LICENSES ACQUIRED DURING THE MARRIAGE?

​
In California, where a spouse has earned a college degree or a professional license, the community estate is entitled to be reimbursed for the costs of acquiring the degree or license. These costs are normally limited to such things as tuition, fees and books. Unlike in other states, the law in California does not give the other spouse any right to a percentage of the enhanced earning ability of the spouse who acquired the degree or license.